This article was triggered by a question I was asked recently about the two-volume collection of late HT Parekh’s writings published way back in 1995 when I was working with ICICI – then a development bank – The Industrial Credit and Investment Corporation of India. The volumes were published by ICICI and HDFC (Housing Development and Finance Corporation) on his first death anniversary to commemorate his contribution to the building of these two financial powerhouses in India. 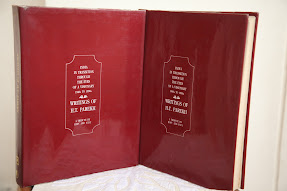 Photograph: Nihar Sagar
Both these development-oriented institutions, bowing to the ‘needs of the hour’, have been converted to commercial banks by merging themselves into the banks they had set up. HDFC has announced the decision and conversion is still some time away.

But why am I writing this piece now about an event that happened almost three decades ago? The answer: to record my memories. It is my belief that faithfully recorded memories have archival relevance.

Many in India may remember HTP (as HT Parekh was known in professional and social circles) as the doyen of Industrial finance in India. But I was surprised to find that the fairly authoritative and the first book on the history of Indian business by an Indian economic historian Dr Dwijendra Tripathi – The Oxford History of Indian Business (published in 2004) – did not have a single reference to HT Parekh. HTP had played a seminal role in the growth of the financial infrastructure of the country for almost half a century (late-1940s to mid-1990s) – the capital and money market, financial institutions and banks – and important facets of the credit and monetary policies. How can one think of Indian business without finance?

Be that as it may, I was asked about the ‘background’ to the publication of the two volumes of HTP’s writings and how I went about collecting all the articles and text of his speeches spanning those decades. Well, it did not take me much time, as I had myself compiled the entire file containing his speeches and articles while he was still alive! Although my professional contact with him began in the early-1970s, I think I started putting the collection together some time in the late-1980s. By then, I had worked closely with him on editing and publishing ICICI: Story of a Development Bank 1955-1979 – after which he would ask me to edit all his writings. 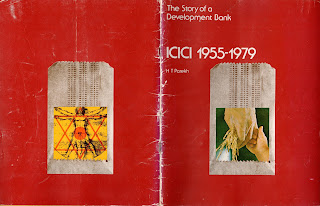 So, putting together the contemporary writings was not an issue; but I did do a lot of research for his earlier materials and started compiling the collection chronologically. Every time I added a piece to the file, he would give me one of his beatific smiles as he thought I was a bit crazy! I would tell him ‘who knows some day someone may want information on the capital market in India and your articles and speeches may provide valuable information to that researcher’. And he would indulge me!

Many, many years later, this indeed was the response of business historian Medha M Kudaisya, teaching at the National University of Singapore who was then researching for her book on the Bombay Plan and looking for references of that period. This is what she e-mailed me when I sent her the reference to these volumes: "Have managed to get hold of India in Transition through the Eyes of a Visionary! It’s a fantastic resource for the Bombay Plan. It was not available so could not buy it but have got it from the Australian Nat(ional) University on inter-library loan. Congratulations on such good volumes!"

As a social historian, I have always believed that the briefest documents, or even personal letters, or photographs, when contextualised, contain a lot of ‘incidental’ information about the times lived in, that may be of use to future researchers. When I was in the corporate sector, I would argue for the need for archives and plead with colleagues to preserve documents and photographs – physically those days, as technology for converting to digital documents or images was not available then.

So, when editorial work on the commemoration volumes started, it was a fairly easy task – I did not have to go far looking for the content. Though the challenge was on how to structure the sections, since HTP was so articulate and wrote on so many subjects! We classified the articles into eight sections – four in each volume of the book. Volume-1 included: capital market, development banking, credit policy, regional cooperation. Volume-2 covered: industry, economic policy, housing and general & miscellaneous. HTP used every opportunity — be it a letter to the editor or a book review or, indeed, a speech at a public function — to make a point, to persuade and to provide intelligent and well-considered commentary on the subject. Little did we realise that there were 300 pieces, written over the period 1940s to 1990s, in English (he also wrote fairly extensively in Gujarati). The challenge was to contextualise every piece – whether it was a speech, an article or just thoughts he had penned that we found among his personal papers. Even more challenging was to date all the pieces. Fortunately, I was able to do this for almost 90% of the writings! When viewed retrospectively, these provide a peek into the times when debates and discussions formed the bedrock of public policy.

As I wrote in the Preface to the volumes (signed by the then chairmen of ICICI and HDFC), "HT Parekh himself would never have consented to this enterprise during his own lifetime. He was too modest and self effacing a person to believe that it would be of any value to present and future generations. We have thought otherwise... We debated, carefully, the merits of making a selection of his most important pieces rather than publishing nearly all his available works. We arrived at the conclusion that, for several important reasons, it would be preferable to adopt the latter course as it would place his writings in a historical perspective, indicate the progress of his own thinking on the subjects he cared about and, most importantly, demonstrate the persistence of his views over a long period of time. Not to publish the whole would have risked the imposition of the implicit bias of the editors and would have severely detracted from the chronology of thought that would be of importance to anyone interested in the economic and financial history of the period."

Dr IG Patel wrote in the Foreword to  the volumes, "the collection brings home the fact that HTP was a man of considerable intellectual and analytical ability which he employed for arriving at his prescriptions and agenda for public or private action. If he was a karma-yogi in every sense of the word, his activities were rooted in gyana (study, analysis and judgement) as well as bhakti (devotion and compassion) — all three making a rare and very potent amalgam."

Although today we have far better developed financial infrastructure in the country, researchers and business historians will find in the collection invaluable information about the evolution of many institutions the foundations for which HTP had laid.

This post is very close to my heart - having worked extensively on the project. The depth and breadth of HTP’s knowledge and writings are mind-boggling - no wonder the word “visionary” appears on the title of the book. And what I learnt while working on this project goes beyond the history attached to it - it’s helped me in my later career too!