HT Parekh: Conceptualising an Income-gearing Product in the 1950s When Incomes Were Limited

At the outset, let me explain the rationale for writing this piece — to place in the public domain some archival information and memories that may get lost in the mists of history. I don’t even know whether some of the documents referred to here, and to which I had access once upon a time, exist anymore—physically or as digitised versions.

On 22 October 1977, when Housing Development Finance Corporation was launched by the then finance minister of India HM Patel, at the Ball Room of Taj Mahal Hotel in Bombay, it was considered a ‘revolutionary’ step in the history of Indian finance.

To understand why the concept was so innovative, one has to understand the weltanschauung of the man who lobbied for it unfalteringly for nearly three decades before it saw the light of the day. One also has to understand the context of income-gearing. When jobs were so scarce and salaries so low, how could a product based on leveraging future incomes work?

HT Parekh articulated his concept of a housing finance company for the first time in February 1951 when he was employed with Harkisondass Lukhmidass, then an upcoming stockbroking firm in Bombay. On his return from the London School of Economics (LSE) in 1936, HTP had joined this firm on a salary of Rs150/per month, much to the chagrin of his father, because the share market was considered a ‘sattaa bazaar’ and the term dalaal was a pejorative. In any case, a degree in economics did not hold great employment opportunities in India in the 1930s. At best, you could get into poorly-paid academics or, if you were lucky and well-connected, after 1935, you could get a job with the newly set up Reserve Bank of India (RBI).

Even LSE, established by Fabian socialists Sydney and Beatrice Webb in 1895, had a difficult time getting students as well faculty because a degree in economics hardly led to good jobs. As AW Coats, writing about the history of LSE, said: “The leading British economic writers had rarely derived their inspiration or their preparatory training from elementary economics; the number of academic economists was small; professorships were few and poorly paid; and consequently talented men turned to other matters, refusing to embark upon a scholarly and scientific career in which bare subsistence is uncertain. It was, admittedly, ‘just possible to earn enough to live with extreme economy by combining together several different economic sources of income’…” (See: https://www.taylorfrancis.com/chapters/mono/10.4324/9780203978887-25/alfred-marshall-early-development-london-school-economics-unpublished-letters-bob-coats)

It was only during the directorship of Sir William Beveridge –1919 to 1937 –that LSE was able to get distinguished faculty members as well as students – many from developing countries. (See: https://www.goodreads.com/book/show/22576402-the-london-school-of-economics-and-its-problems-1919-1937). HTP was one such student from not a developing country but a then colony of British India.

HTP was at LSE up to 1936. He had gone to London basically to appear for the Indian Civil Service examinations but, having failed to get selected, he completed his degree in economics at LSE. The spirit of Fabian socialism that he imbibed during those two years was perhaps the basis of his humanism throughout his career which was associated with institutions of capitalism – the capital market, banking and finance.

For the current generation, who may not be familiar with the tenets of Fabian socialism, very briefly, its advocates believed that: 1) substantial State intervention would be necessary if ordinary people were to prosper; and 2) the Welfare State had a collective responsibility to its citizens for education, healthcare and nutrition, housing and employment, along with support for care of the sick and aged.

Immediately after his return from London, HTP taught for a few months at St Xavier’s College, Bombay. He did opt for a career in banking like his father and elder brother, both of whom were working with the Central Bank of India. For HTP, as he has mentioned in his autobiographic narrative Hira ne Patro (Letters to Hira, first published in Gujarati), AD Shroff was a role model. AD Shroff too had started working in the share market after returning from London with a degree in economics joining the firm Batlivala & Karani (See Sucheta Dalal, AD Shroff Titan of Finance and Free Enterprise). 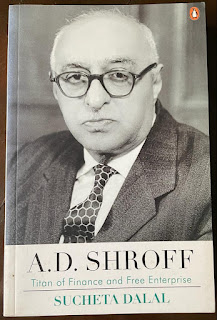 So, on noticing an advertisement of Harkisondass Lukhmidass in the Times of India for ‘educated’ youngsters to work as brokers, HTP decided to apply. Sir Purshottamdas Thakoredas, whom HTP knew well, was an adviser to Harkissondas; with his reference and a degree in economics from LSE, HTP got the job. Soon, he became the ‘right-hand man’ of Harkisondass (Hakkubhai to most people in banking and financial circles of Bombay in the 1940s and 1950s) who used the articulation abilities of HTP to make presentations to the then governor of RBI.

Until then, Harkisondass Lukhmidass was not one of the firms recognised by RBI for trading in government securities. It was at HTP’s insistence and initiative, that Hakkubhai sought a meeting with Sir James Taylor, governor RBI in 1937 to make a presentation about their vision of the capital market – that it is an avenue for peoples’ savings that need to be invested in the development of the economy. ‘Presentations’ those days were all in the nature of discussions on ‘Notes’ or ‘Working Papers’; so the domain knowledge of the business as well as articulation skills mattered most. Harkisondass Lukhmidass not only began to get business from RBI but also established such rapport that Sir Taylor began to consult HTP and Harkisondass Lukhmidass on business and economic issues. The relationship continued after Sir Taylor’s death in 1943 with CD Deshmukh who succeeded him.

The first ‘Note’ on housing finance that HTP wrote in 1951 was one such presentation to the Reserve Bank of India. It was titled “A Housing Society for the Bombay State” (see India through the Eyes of a Visionary: Writings of HT Parekh; page 467). (See:http://nitamukherjee.blogspot.com/2022/08/memories-as-archives.html) 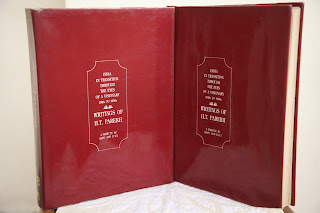 In this Note, HTP’s emphasis was on the financial aspects of the company – mainly on how the resources for lending would be raised. The capital market was then in a nascent stage and, since he was working with a broking firm, he must have observed that it would be extremely difficult to raise money from the public. After all, if in 1955, ICICI’s first issue of 150,000 shares had less than 2,000 applications – 1,928 to be exact – in 1951, the situation could not have been any better. Such was the state of the primary issues market then. (2nd Board Meeting of ICICI; Secretary’s Board Papers; 28 February 1955).

The two tenets of Fabian philosophy, viz., a concern for the common man and State intervention for welfare – were reflected in this Note. The first paragraph of that Note said: “In order to assist the small man in building residential property for himself and to assist the numerous cooperative housing societies which have come into existence in recent years and who require finance for housing, it would be advisable to promote an independent housing corporation, sponsored by the government...” Further it said: “The primary purpose shall be to advance, for residential housing of the small man, either directly or through cooperative societies...”

As mentioned earlier, HTP had joined Harkisondass Lukhmidass in 1936 on a salary of Rs150/ per month; and although I have no evidence for what it would have been by the 1950s, since annual increments those days were not even in ‘three figures’, it may have been just touching ‘four figures’.

Even by the mid-1950s, ICICI – the development bank that HTP would join in 1956 – offered salaries as low as Rs400/- per month to the professionals it recruited. The minutes of the 1st meeting of the board of directors of ICICI on 20 January 1955 recorded that Percival S Beale, the then general manager, “was authorised to engage the necessary staff of about eight to ten persons on a salary not exceeding Rs. 400/- per month.” But since Mr Beale came from the Bank of England and may not have been too familiar with the situation on the ground, he was authorised to do so only “in consultation with any one of the Bombay Directors of the Company.” So, as recorded in the minutes of the board meeting, the first recruitment advertisement of ICICI said: “We need urgently the services of one or preferably two persons having general industrial experience, e.g., in the field of Electricity, Chemicals, or Mechanical Engineering, who can act as the link between our financial examination of proposals and the full technical examination of them.” Among the engineers so recruited was Siddharth S Mehta who came from Tata Chemicals, Mithapur after having worked in government of India’s directorate general of trade & development (DGTD). Engineers formed the largest percentage of initial employees of ICICI and included Suresh Nadkarni, SS Betrabet and R Hirway.

As a private sector institution, ICICI was considered a good paymaster those days. So salaries in other organisations could not have been better. In such a scenario, to develop a loan product that would be geared on the future incomes of the borrower and from which he could pay at least 20% each month was, indeed, ‘revolutionary’. He defined the product as one that would offer “long-term loans for ownership housing on a mortgage basis.... (and) enables people to own a house at the beginning of their business career by borrowing first and repaying the debt, out of their income, over a period of years, instead of being in a position to own one's house only at the end of a working career, as in India.” It was even more challenging because Indians attached a huge stigma to ‘mortgaging one’s house’ – one did that only under dire circumstances. But what gave comfort and confidence was the fact that the ‘small man’ in India was, by and large, regular in repayment of loans – perhaps because moneylenders charged usurious rates and the cost delinquency was very high – not just financially but socially as well.

HTP said at the launch of HFDC: “Better housing and living conditions for our people is a dream I have always nursed,” and he would lobby tirelessly to make a housing finance institution to see the light of day. If I recollect right, it was this concern for the ‘small man’ (which, I would l always change to ‘common man’ while editing his writings), that was reflected in the fact that among the projects that were sanctioned in the first year of HDFC’s operations was a housing loan project for tea garden workers.

Such a lucid explanation of the development of HDFC.
It was a bold step in those early years. No one should forget HTP's contributions. Thanks Nita Mukherjee.

Outstanding description of the state of affairs in the early years of our development. Ajay Dua

I am glad you are doing this Dr Mukherjee. So little is known about how we got housing finance despite all the black money and underworld involvement in realty those days. I am a happy beneficiary of HTP's vision and HDFC loans. There are so many like me in our generation!! Cheers Sucheta